Who ever knew that a stadium formed out of nothing but ashes would be the epicenter of the Great Wale Wale Slum Soka Academy? Isaac’s Pitch, which  was named after a man to whom football was a do or die, came to be after a fire which consumed several houses, leaving the place formless and empty, hence the origin of the stadium.

Behind every successful organization is a team of strong leaders working together for common good, and at Wale Wale Slum Soka Academy we are no exception. Coach Musa Otieno From Slum Soka and Wale Wale Kenya at large have all helped to engineer and actualize the idea of Emil Moberg Lunden, a man who is passionate about football and who believes that the greatest form of Leadership is being willing to train people and develop them to the point that they eventually surpass their own knowledge and abilities.

Wale Wale Soka Academy, which is an initiative of Wale Wale Kenya and Slum Soka kicked off on Sunday 27th May 2018 after a long period of planning, finding a willing team and proper consultation. It is encouraging to see a group of young people and children who are willing to sacrifice their interesting childhood games like kalongolongo or bano to be trained on how to be great footballers in the near future. Coach Musa Otieno through a small interview confirmed that he spotted many talented children who are willing to learn during the training.

Preparations for the training

However, creating a winning team does not come from just finding the right individuals, but from putting them in their place. This has been achieved to a great extend since team members who are mostly between ten to thirteen years of age can now attend a training session without much follow-up. This is also evident in the big attendance of Fifty four members between the ages of 10-13years recorded during the first training session.

“We look for gifts, talents and uniqueness in children and teenagers with the help of our coaches and help them to increase those abilities for their benefit and for that of the entire team,” mentions Musa Otieno, our head coach

It would be unfair if I failed to acknowledge our already promising fans who turned up in large numbers to cheer our young champions during the match and Wale Wale Kenya Dancers for entertaining our team and audience. 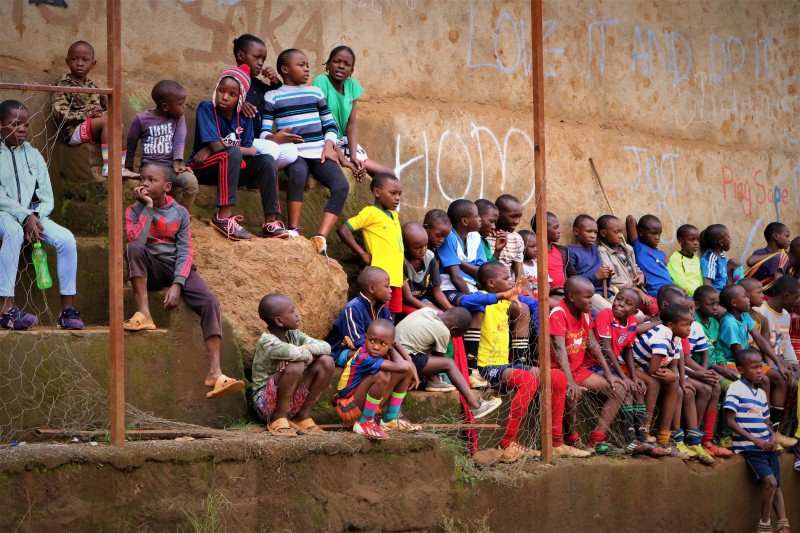 With proper training and equipping of our team, we believe that Wale Wale Soka Academy will achieve its vision of discovering and nurturing champions who will soar to the greatest football heights.  We also look forward to working with the Kibera Black Stars and sponsoring a team from the academy to do a match in Sweden.