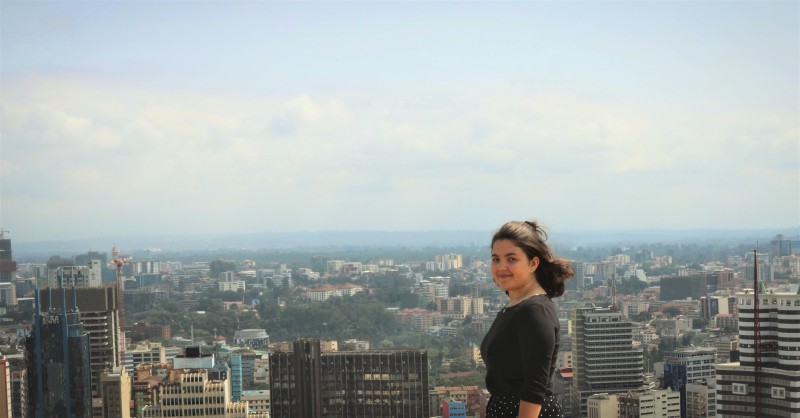 When my adventure to Kenya was about to start, it seemed to be a bit of a random and rather spontaneous idea to me, keeping in mind that I had just booked flights one week beforehand. For a long time I have had this idea of traveling to Eastern Africa stuck to my head. With my academic career in human rights and development studies,  I was eager to learn from a local grassroot initiative. Although I was super excited and could not wait to leave Berlin to spend the next few months in Nairobi, I somehow had mixed feelings. I had just heard of Wale Wale Kenya a couple of weeks ago, through my prospective postgraduate in Sweden. It’s participatory youth-based approach woke my attention instantly and I sent in my application. This set the ball rolling; there was an interview with the local staff preparation and before I knew it I was planning my journey. I did not know what to expect or whom to expect. The only thing I was sure of was that there would be a bunch of cultural differences awaiting me. Whatever these might be. I knew myself, I knew I am keen on crossing cultural boundaries and questioning my own perspectives and attitudes. I also knew that I had not yet been exposed to a country on the multifaceted African continent so far. I could not clearly foresee if I would feel comfortable, uncomfortable with my white privilege. If I could adjust with my perhaps eurocentric views.  What gave me confidence though, was that I was lucky enough with my previous university and working experiences as well as my own social environment to have a tiny clue of Kenyan culture and politics as well as Kiswahili (as written in textbooks).

To be honest, when I eventually arrived, it felt more “normal” to me than I could have expected.

Of course, the street culture with its food stands, the chaotic markets and the loud, sometimes funky music of matatus were new to me (I will share photos of this with time). And Nairobi’s kiswahili slang just sounded like a tongue twister (credits to Evette, my colleague at Wale Wale). Also, the cold weather in Nairobi, compared to the warm summer back home in Germany, surprised me. Yes, I was aware that it can be cold in Kenya, or let’s say “Africa”, but my internal German summer clock first had to come to terms with the approximately 15°C in July. What made me feel “normal” though, were all those people surrounding me. My new flatmate Venna, Wale’s project manager, welcomed me with open arms, which made me feel comfortable immediately. The evenings filled with a lot of Kenyan food (Chapati in particular) were not only relaxing, but also helped me to find my place here. Asking question over question. Next to Venna, also both team members Evette and Happiness welcomed me with a lot of humour and open-mindedness. Not to forget the kids at the youth center. Coming to Wale, what was more than evident were the smiles on their faces, their commitment to learn and creatively contribute to Wale itself was encouraging. Spending some time with the kids and youth pays off in many ways and I will share some of the things I have loved and learnt from being with them. One week past, all I can say is thank you.

To get an image of Wale’s work at the first sight, I mainly observed the daily happenings at the center. Throughout the morning and noon, we were busy with project management, office tasks so to say. In the afternoon, the kids would join us after their day of school. Together, we have read a whole lot of books, tales and even more tales, giving us the chance to get to know each other a bit better. Every now and then, we would switch roles and the kids would teach me, translating a few Swahili books for me. Also, through personal homework mentoring in English, Social Sciences, Biology and my school nightmare of Mathematics, I got to know Brian (10 yrs) and Pauline (13 yrs) individually. It took not long until I was impressed by their responsiveness and sense for appreciation. All you had to do was giving them the attention they deserve. One highlight of the week was when I joined Wale’s team to film new HotSpot episodes, their YouTube channel, on top of the Kenyan International Convention Center with a stunning view over the whole of Nairobi. This episode will be posted next week.

Another exciting day was Saturday, when the dance team had a morning audition to perform at the Nairobi International Trade Fair scheduled to happen later in September at Jamhuri Park. For the rest of the day, we enjoyed a number of activities, such as a dancing, art workshops, computer classes, watching a film, cooking food, reading books and much more. So far, the art classes are one of my favorites as it gives you and the kids a calm minute, while providing them with room to develop their creative talents, which is often swept under the carpet by Kenya’s curricula. For the upcoming weeks, I am curious to spend more time with the kids at the center, learn some dances as well as discover Kibera, Nairobi and its surrounding a bit.