As some of us can attest many people beat their children thinking its the best way to enforce change of behavior or order. Some beat them to the extent of injuries or even death. This year Wale Wale Kenya took a step to put up a show that teaches the public on the better ways to guide children without causing them physical pain. We went for tour as right carriers to Bondo to teach on violence against children .

The tour started on Sunday morning, we met at the center at six o’clock just to get time to ensure we put all the things together. The bus left the center at 7am. 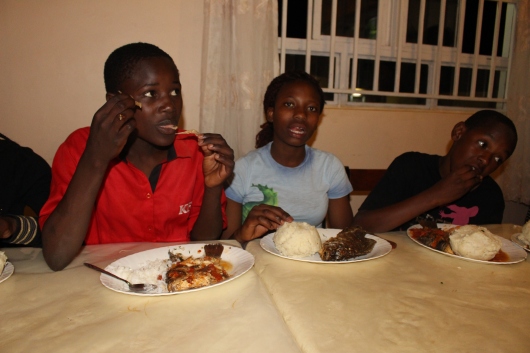 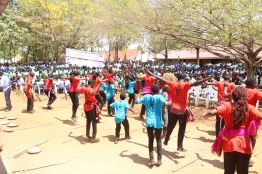 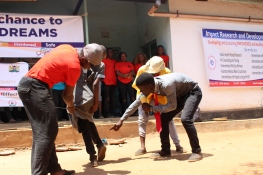 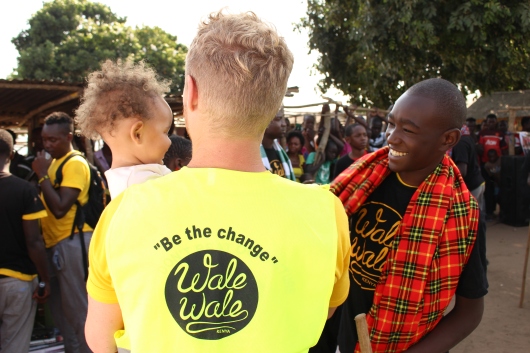 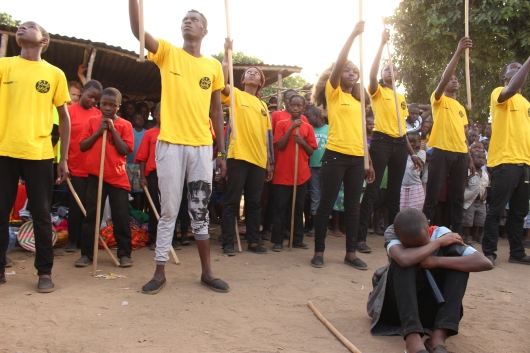 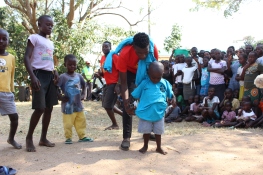 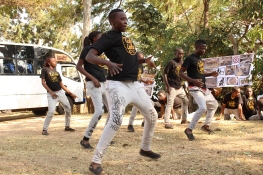 The first stop was at Limuru to stretch and ease ourselves.We left the place and continued the journey. On our way we saw different sceneries and animals all the way as we passed, such as MT Longonot, Lake Naivasha, The Great Rift Valley and many others. Our second stop was at Muhoroni where we took lunch and rested.

We continued the rest of the journey till we reached our destination which was Bondo travellers hotel where we were to stay during the whole tour.Since we arrived almost at 7pm in the evening, everyone was tired but happy.We were assigned rooms, then ate dinner and after dinner we had a small meeting to be briefed on the schedule before we went to sleep.

The next day was on Monday and also the beginning of the performance. Every performance started with us arriving to the seen getting busy getting tent, banners music equipment, costumes up and in order. After that our great MC:s would take the mike and in different ways try to attract the crowd to gather, with was not a problem. All in all the one performance took around 3  hours including putting everything up and down again after the show.

The performances the first day was at Wagusu beach and Aram market.The second day we went to Nyilima sports ground and St Vincent Secondary School Nyilima. The third day the perfomance was at Makasembo beach.The fourth day we went to Wichlum beach and on Friday which was the last performance we went at Migwena sports ground and Bondo park inside Bondo town. At all performances except one, a large crowd gathered around our scen, which in some cases we had to mark with ropes so that the audience would not push to close and limit our space. At almost every venue we reached numbers of 500 people and above, and in some up to 1000. At St Vincent Secondary School Nyilima, they we were invited to perform at a function for girls rights, it hard to estimate but we believe they were up to 2000 people there. Our target was to reach around 2000 people in total the whole, its safe to say we reached well beyond that.

As we all know in order  for something to become a successful one there must be some challenges.During our tour we also came across few challenges  such as

As we were on our way to the hotel after the performance there was a petrol leak from the generator, thanks to a large pump in the road, so we had to stop to fix it first.The other challenge was,most of the venues we went to perform we found so many audience it was hard for us to control them. The third challenge while the performance was going on the generator stopped working so we had to stop  first and try to solve the problem. Fortunately we managed to finish the performance thanks to one of the people in the audience who lent us his generator.

As we left Bondo Sunday morning, we did it with a lot of new experience as performers bt also as carriers of human and especially childrens rights. The Wale Wale group as grown even tighter and we look forward to perform the show at more venues later on.

All in all the tour was a succesful one!