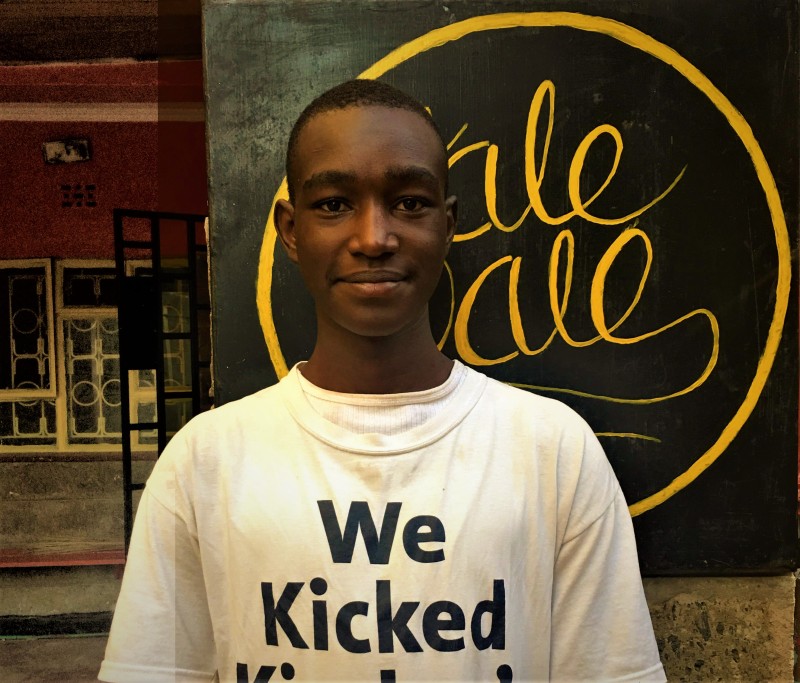 Meet Joel Osue Ngeri! Joel is 17 years old, lives with his mum and two younger siblings in Lenana area of Nairobi. Joel joined high school 2017; he is now in form 2 (the second year of high school) and his favorite subjects are Math, English, Swahili and Biology. Joel’s hobbies include playing football and rugby with his friends. He is also a very good dancer and a member of the dance crew at Wale Wale Kenya.

This is Joel’s third year at Wale, he first joined Wale was because he had been told that the organization was helping youths with school and also with discovering the youths’ different talents. Joel’s best thing about Wale is the fact that Wale helps the children with paying their school fee, so the children can continue to study and eventually achieve their dreams. Joel’s biggest dream is to be a doctor somewhere outside Kenya. He really looks forward to completing High school education and attending university.

He is very grateful to the one person he says has really helped him in discovering his talents and dreams, and that is Monica. Joel describes Monica as someone who has been giving him advice; not only about school but also life in general, she has always encouraged Joel to really focus on school and his future.