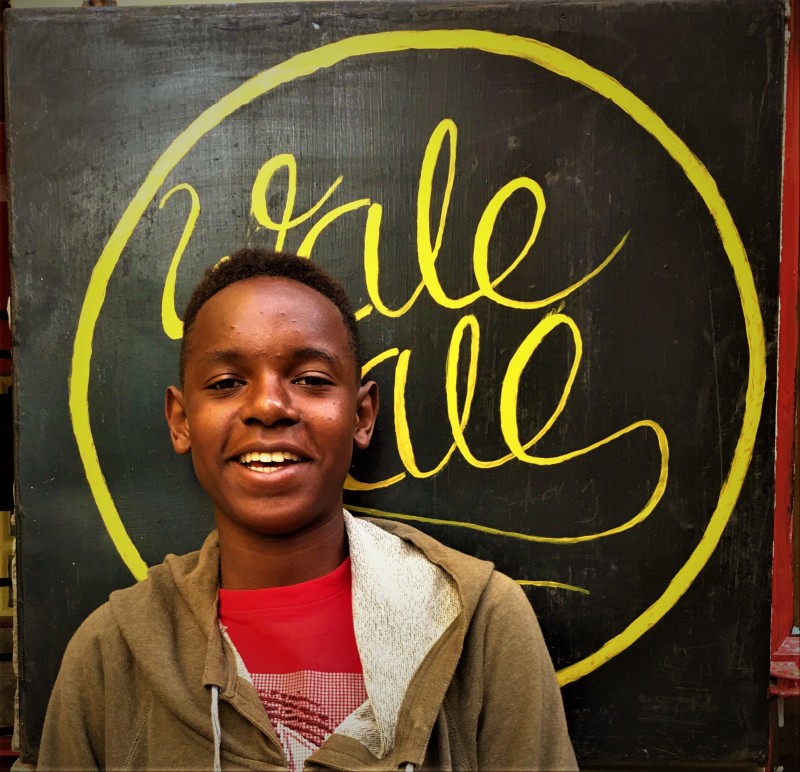 When Callyn thinks about what Wale has given him, he mentions the opportunity to make new friends, take part in a lot of social activities and to dance in an organized team. His favorite memory at Wale was when the organization went to Kisumu for a whole week for a dance show (don’t beat our future). It was so nice seeing that everyone was happy. Callyn’s favorite thing about Wale is that it is a place where the kids can leave their problems for a while just to have some fun with their friends.

Callyn wants to live in Sweden in future and be either a pilot or a doctor. He also saying that when he makes money, he would want to give some to Wale so the organization can continue to grow. Callyns favorite things to do in his spare time are playing instruments, he has recently learnt to play drums really well, dance and playing football. He is also attending music class, to play piano, guitar and a little bit more of drums. He has just started but he thinks that it is a lot of fun and he is looking forward to getting better.